Ma Quan was born in Qingxu, Shanxi Province in 1938. First class artist of Beijing Painting Academy, China. In 1957, he graduated from the First Affiliated Middle School of the Central Academy of fine arts, and in 1962 he graduated from the Department of Chinese painting of the Central Academy of fine arts. In the same year, he went to Beijing Chinese Academy of painting for two years and stayed in the academy to create after graduation. He is good at Chinese figure painting. He is good at Chinese painting, landscape painting, flowers and birds, seal cutting and watercolor painting. Since 1957, he has participated in more than 300 exhibitions at provincial and municipal levels, and has exhibited in Hong Kong, Japan, France, the United States, Canada, Southeast Asia and Eastern Europe. His works have been collected by more than 200 museums, memorials, art academies and overseas galleries at home and abroad. He has held many individual exhibitions and watercolor exhibitions. 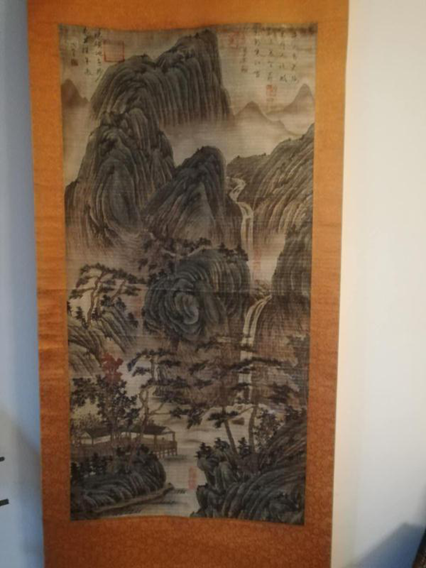 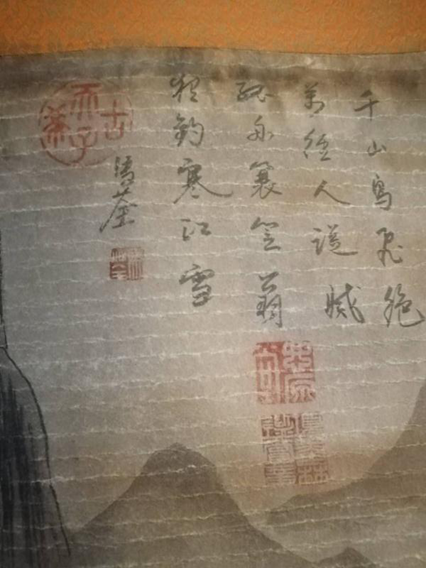 His representative works include "returning my River and mountain", "the water of the Yellow River comes up from the sky", "autumn cool studio", "the fragrance of books", "painting paintings for the people", and the historical paintings "great victory between the rivers" and "the Chinese people stand up". His fine brushwork and heavy color figure paintings combine western painting techniques to strive for new content and new flavor of the times, and take the reflection of real life as the key point of creation. His freehand historical figure paintings attach importance to poetic and picturesque style, and the painting style is natural and fresh, and the lines are smooth and unique. There are four kinds of monographs, such as Maquan traditional Chinese painting works collection and Maquan water color collection, and personal art biography "art garden gallop". He visited the United States twice in 1986 and 1988, lecturing at the City University of New York, pish University and Moore University of art in Philadelphia, and held a personal poetry, calligraphy and painting exhibition in San Francisco, USA. He is now a member of China Artists Association, a first-class artist of Beijing Painting Academy, director of Chinese calligraphy and painting society, director of Chinese elderly Cultural Exchange Promotion Association, consultant of Beijing poetry society, and consultant of Chinese culture and Art Research Institute in San Francisco. The introduction and art resume are respectively included in more than 20 art dictionaries, such as the dictionary of names of modern Chinese artists, dictionary of contemporary calligraphy, painting and Seal Engravers, biography of world celebrities by American Biography center, and world who's who in Cambridge, UK.

In his long-term artistic practice, Mr. Ma Quan combined traditional Chinese painting with Western painting sketch and watercolor painting, forming his own unique realistic painting style, which is unique in meticulous and heavy color painting. Its freehand figure painting is also fresh and elegant, natural and unrestrained. It is not only in calligraphy, but also in Chinese painting. It can be said that Mr. Ma Quan is an all-round painter, and he is also one of the first batch of Chinese painters who grew up in the 1960s. Ma Quan has been working in the art garden for nearly 60 years. In different historical periods, Ma Quan has created many influential works in keeping with the pulse of the times. In 1953, as a student of the first high school affiliated to the Academy of fine arts of new China, Ma Quan listened to the opening congratulation of president Xu Beihong's "art career in New China will start from you". In 1957, Mr. Ma Quan was promoted to the Department of traditional Chinese painting of the Central Academy of fine arts with outstanding achievements. During his university, he was directly taught and influenced by art masters such as Jiang Zhaohe, ye Qianyu, Li Keran, Li kuchan and Liu lingcang. During his study in the college, Mr. Ma Quan participated in the "Beijing Art Works Exhibition". After the exhibition, his landscape works "humorous garden" and his figure work "big character newspaper" were collected by Beijing Art Association and Jilin Provincial Museum respectively. 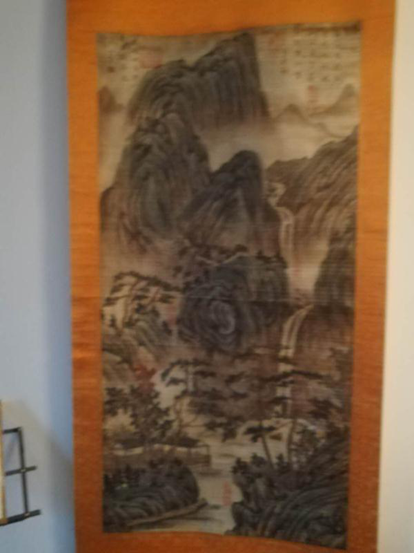 In 1962, Mr. Ma Quan's graduation work "returning my River and mountain" with the content of depicting Yue Fei's recovery of his hometown won the highest score in the class's character creation. Later, it was selected by the people's fine arts publishing house and printed and distributed in large quantities throughout the country. After he worked in Beijing Chinese Academy of painting, his works such as "back basket shop" and Chairman Mao's praise of our good shooting skills were serialized and published in newspapers and periodicals. Hard work eventually reaped a good harvest, and the painting world came to the fore. But the results did not stop him. In order to further improve the skills of traditional Chinese painting, he also copied the scroll of eighty-seven immortals, the painting of searching mountains, and the painting of celebrating the birthday of group immortals. Soon, Mr. Ma Quan created the line drawing works of "Nine Songs" for the collection of Hunan Provincial Museum and Qu Yuan Memorial Hall. In the spring of 1964, Chinese painting masters Liu lingcang and Mr. Liu Jiyou, Yan Shaoxiang, Yao Zengzi and others participated in the large-scale group painting of a dream of Red Mansions, which is of historical significance. Mr. Ma Quan is the youngest of them. In the golden autumn of 1964, the large-scale series of paintings of a dream of red mansions were exhibited in Wuying Hall of the Forbidden City, Japan, Vietnam, Hong Kong and other countries and regions, causing great repercussions.

After the "Cultural Revolution", Ma Quan ushered in the peak of his creation. In the 10 years since 1987, he has participated in 140 national, Beijing and overseas art exhibitions and created thousands of works "The Chinese people stand up", "spring in Zhongnanhai" and "according to the great strategic deployment" are more creative themes reflecting heroes and models and their advanced achievements in ordinary posts. In 1986 and 1988, Mr. Ma visited the United States twice on invitation. He lectured at the City University of New York and pish University. He also held a personal exhibition of poetry, calligraphy and painting in San Francisco. He also publicized and introduced the development history and characteristics of Chinese national painting art in the "Star Island Daily", "North America times", "China Daily" and "Chinese artists forum" in New York. And in New York "Auburn loan library" made a demonstration of traditional Chinese painting meticulous painting techniques. Over the years, Mr. Ma Quan has created many "dream of Red Mansions" literary works, such as the meticulous giant "autumn shuangzhai" and "spring dusk Yousi", especially the "listening to the piano" is thought-provoking. After going deep into the revolutionary base areas of Yan'an and Jinggangshan, he created works such as "educating new people", "rain and dew moistening seedlings and Zhuang", "mainstay", "returning late", "sanghongyang". 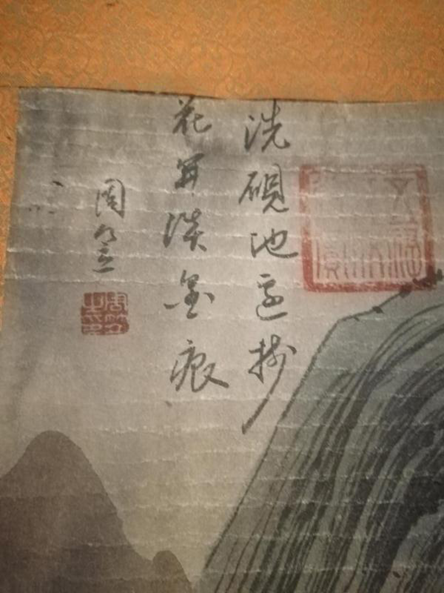 Mr. Ma Quan not only reflects the reality, but also creates a large number of historical works. "Li Bai", "Du Fu", "Bai Juyi", "Li Qingzhao", "Li Zicheng", "Yu Chenglong" and "Lin Zexu", etc. the giant works include "the great victory between the rivers" and "the water of the Yellow River comes from the sky". When the painting was exhibited in the Chinese Art Museum and Tokyo, Japan, many audiences were amazed. In addition, there are hundreds of illustrations for books, magazines, textbooks, etc. In the past two years, he has been elaborately creating the long volume of Water Margin's line drawing characters, which expresses the indomitable heroic behavior in classical literature to express the Chinese spirit of struggle, enterprising and noble and upright spirit. Mr. Ma Quan has participated in more than 300 national, provincial and municipal art exhibitions. He has won gold, silver and bronze awards for many times, and has held many individual art exhibitions. His works have been collected in more than 200 foreign art museums, museums and memorials.

Mr. Ma Quan is good at calligraphy. He can make all kinds of calligraphy, such as Zhen, Cao, Li and Zhuan, and he is very natural and unrestrained. Mr. Ma's inscriptions on his paintings are not only concise and comprehensive, but also more powerful. In one of his two meter long painting, inscription, from the beginning to the end, beautiful text arranged in a vertical line, straight and straight. Mr. Ma's seal characters are very Kung Fu. He uses both hardness and softness with his knife. His composition is dense and delicate. He is fresh and beautiful in his vigour. He does not seek madness and strangeness, but is plain and simple. It can be said that Mr. Ma's works show ancient elegance.